Like a modern Orpheus, Chris Mann explores the underworld of the past and returns with peculiarly African poetry, based on the classics that deepens our understanding of the present. In this collection, youthful Narcissus gazes into a mobile phone, wandering Odysseus sails the seas of the Internet, and picknickers beside a river’s pool in South Africa encounter the shades. The satirical poets of ancient Rome mock a strangely familiar hunger for sex and power among politicians, dispossessed Britons revolt against the empire, Vandals ruthlessly plunder wealth and land, and tech-savvy Phoenicians colonise the coast of a pastoral Africa. Rising seas engulf the lost city of Atlantis, and a terrible plague devastates the Athens of Socrates, Pericles, and the Parthenon. Palimpsests speaks to the interplay of different cultures and how the past is interwoven in the fabric of the present. It is a fresh, new offering enabling lovers of the classics to experience this world in a unique, modern and African way.

“Chris Mann’s poetry is a feast of verse, a rare dance of words. It is pungent, brave and beautiful with a plethora of influences and impulses from mythology to history, archaeology, architecture, holy books, memory and personal experience. What a delicious mixture Mann offers to the world!”
– Professor Mogomme A. Masoga, Dean of the Faculty of Arts, University of Zululand

Chris Mann’s poems, using a variety of metres and verse forms, and many moods and tones, bring Greek and Latin classics to life with verve and subtlety. This collection features an enormous range, a considerable accuracy of detail, but also an immediacy that makes each line ring true. Altogether, Palimpsests is a memorable collection that will make a significant impact.
– John Hilton, Professor of Classics, University of KwaZulu-Natal 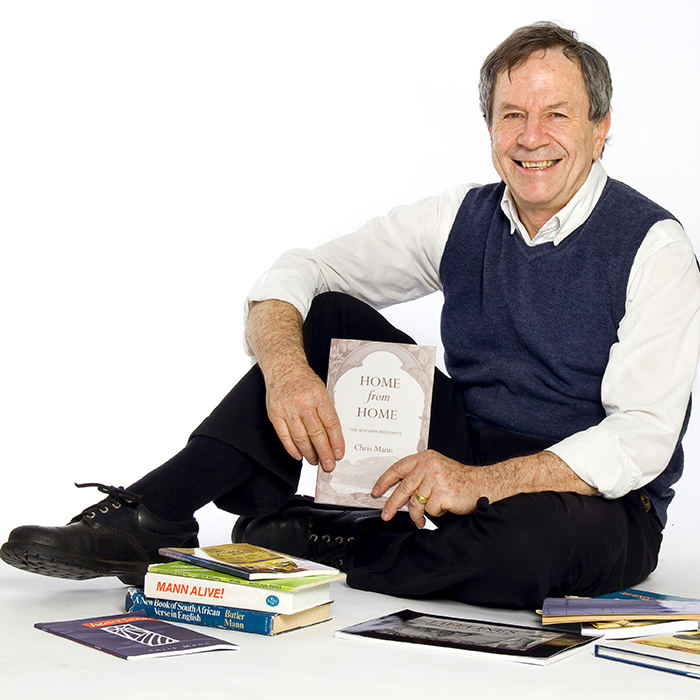 Chris Mann was Emeritus Professor of Poetry at Rhodes University. Before his move to Rhodes, he worked in rural education and development for over a decade, primarily as a director of the Valley Trust outside Durban. He founded Wordfest South Africa at Rhodes University and his published work includes fifteen poetry collections and several verse plays. He is the recipient of an English

Academy Gold Medal (2019), the Patricia Schonstein Poetry in McGregor Prize (2019), a Standard Bank National Arts Festival Ovation Award for his play, The Ballad of Dirk de Bruin (2014), the Thomas Pringle Award for Poetry (2007), the Olive Schreiner Award for South African Poetry (1983) and, while a Rhodes scholar at Oxford University, the Sir Roger Newdigate Prize (1973). Dryad Press mourns his passing in 2021.

Michael Lambert was Senior Lecturer in Classics at the University of KwaZulu-Natal (Pietermaritzburg), where he taught Greek, Latin, Classical Civilization, Spanish and Gender Studies (1980–2012). Since retirement, he has lectured at UCT and at Rhodes University, where he is currently a Research Associate in the School of Languages and Literatures. Author of The Classics and South African Identities (Bloomsbury/Bristol Classical Press, 2011), he has also published work on comparative ancient Greek and traditional Zulu ritual, on gender and sexuality in antiquity, and on Greek and Latin literature. Former chairperson of the Classical Association of South Africa, he has represented CASA at FIEC, the international federation of classical associations. A regular contributor of papers at conferences, locally and abroad (e.g. USA, Canada, Germany, Spain and Greece), he has also delivered the Leventis lecture at the University of Ibadan in Nigeria. He directed the University Madrigal Singers at UKZN for more than 30 years and has led many tours to Greece, Italy, Turkey, Egypt, Jordan, Israel and China. He has also performed poetry in English, Greek and Latin at arts festivals in Grahamstown and Hilton, and has been a regular speaker at French Week symposia and functions since the inception of the French Presence in KZN project.

In Praise of Hotel Rooms