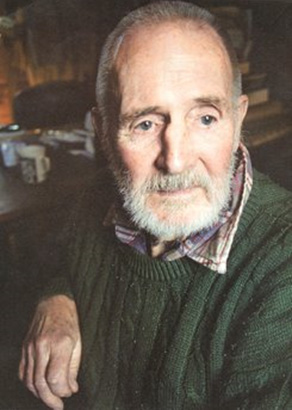 Tatamkhulu Afrika was born in Egypt on the 7th of December 1920 to a Turkish mother and an Arabian father. At the age of two, his family emigrated to South Africa where both of his parents died in a flu epidemic, leaving him orphaned. After spending a brief period in the care of family friends, he moved into the Limpopo home of an English Methodist couple, where he was renamed John Carlton and raised as a white child. 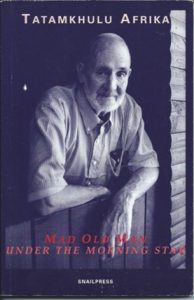 He began writing as a young boy, compiling a volume of poetry as early as the age of eleven and continued to write into his teenage years. He dropped out of high school in his final year to write his first novel, Broken Earth. His foster mother was initially mortified at this decision, however, after reading the novel, encouraged her son to send it to publishers. In 1940, Broken Earth had just been published in England when its publishing house was bombed by Germans. The novel was believed to have been lost when a researcher found a copy of it in the Johannesburg Library. When Afrika was 18, his foster parents informed him that he had been adopted, and that he was of Arabian descent, which came as a great shock to him. He grappled with a sense of rootlessness that would define his young adulthood. 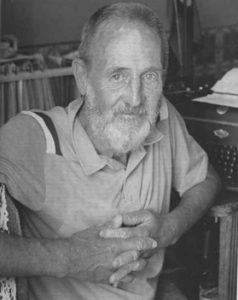 The escalation of World War Two prompted Afrika to enlist in Allied military service in North Africa. He was captured in Libya at the Siege of Tobruk and spent the following three years in a German Prisoner of War camp. While imprisoned, he completed a work of prose, however German guards discovered this and destroyed it. Afrika would not write again for many years. Shortly after the war came to an end, he decided to move to Namibia where he became close to an Afrikaner family, changing his first name to “Jozua” and taking their surname “Joubert”. During his years in Namibia he worked briefly on the copper mines before doing stints as a jazz drummer, a bartender and an auditor’s clerk. 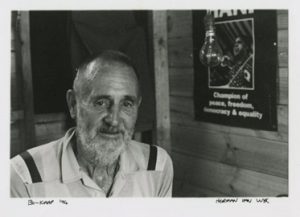 In the early 1960s, Afrika returned to apartheid South Africa where he reclassified himself as non-white and settled in Cape Town. He was without work for six months in this time and experienced periods of hunger. Taken in by a Muslim family in District Six in 1964, Afrika began to study the Qur’an and subsequently converted to Islam. As a result of these developments in his life, his writing began to take on a more serious, religious tone. His personal experience of poverty, as well as his religious conversion, prompted him to establish the Al-Jihaad organization, which aimed to feed the poor in his area. Over the next few years, political tensions in District Six intensified and Al-Jihaad became militant in its resistance to the Apartheid regime. By the early 1980s, Afrika and other Al-Jihaad members had joined uMkhonto weSizwe (MK). It was during this time that Afrika was named “Tatamkhulu Afrika” (old man of Africa) by other MK members, and he adopted this name officially. In 1987, Afrika was arrested and charged with terrorism. This led to a period of time in prison, as well as a ban on his writing for five years. 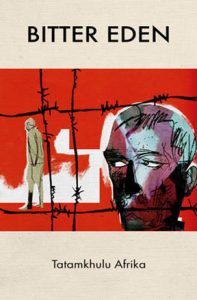 What Afrika saw and experienced in prison enraged him, filling him with a tenacity and seriousness about his work that would inspire a particularly prolific period in his life. He left prison with a heightened awareness of the many afflictions of the oppressed and sought to document what he saw with honest clarity. During this period, Afrika read furiously and became taken with the poetry of Walt Whitman and Gerard Manley Hopkins. He concentrated seriously on refining his technique and control of language, seeking advice from other writers in the process. Speaking of this period in an interview in New Coin, Afrika said “I got it right because people helped me, told me where I was being old-fashioned, or crude, or naïve, or whatever, and I rectified it, and the muse found it easier to speak through me.”

The turning of the political tides in the early 1990s gave way to a period of great recognition of Afrika’s work. He was prolific, publishing eight volumes of poetry (Nine Lives, 1991 ; Dark Rider, 1993 ; Maqabane, 1994 ; Flesh and the Flame, 1995 ; The Lemon Tree, 1995 ; Turning Points, 1996 ; The Angel and Other Poems, 1999 ; Mad Old Man Under the Morning Star, 2000 and Nothing’s Changed, 2002) and four prose works, and winning a slew of awards including the CNA Debut Prize (1991), Pringle Award (1991), The Olive Schreiner Poetry Prize (1992) and the Sanlam Poetry Prize on two occasions (1996 and 2000). Despite this recognition from the literary establishment, Afrika continued to live a simple life in a garden wendy house of a home in the Bo Kaap. He used the majority of his earnings to establish an Islamic Centre in Gugulethu. Afrika remained an elusive, mostly solitary figure throughout these days of relative fame, and died in December 2002 from complications after being knocked down by a car.