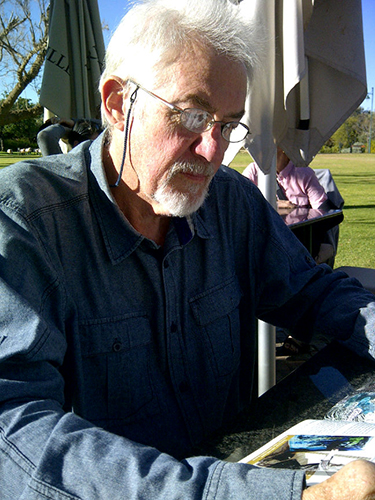 Tony Ullyatt is an award-winning author, scriptwriter, playwright, literary critic, poet and translator. He was born in Nottingham and educated in the United Kingdom, India, Kenya, South Africa and New Zealand. Between 1983 and 2003, he was professor of English at the University of the Free State in Bloemfontein, South Africa. His first poems appeared in 1974 and his work has since been published locally and internationally. He is the author of A Profusion of Choices: An Introduction to the Study of Poems (JL Van Schaik, 1994). His debut collection, An Unobtrusive Vice (Dryad Press, 2018), was the recipient of the 2019 South African Literary Award for poetry.